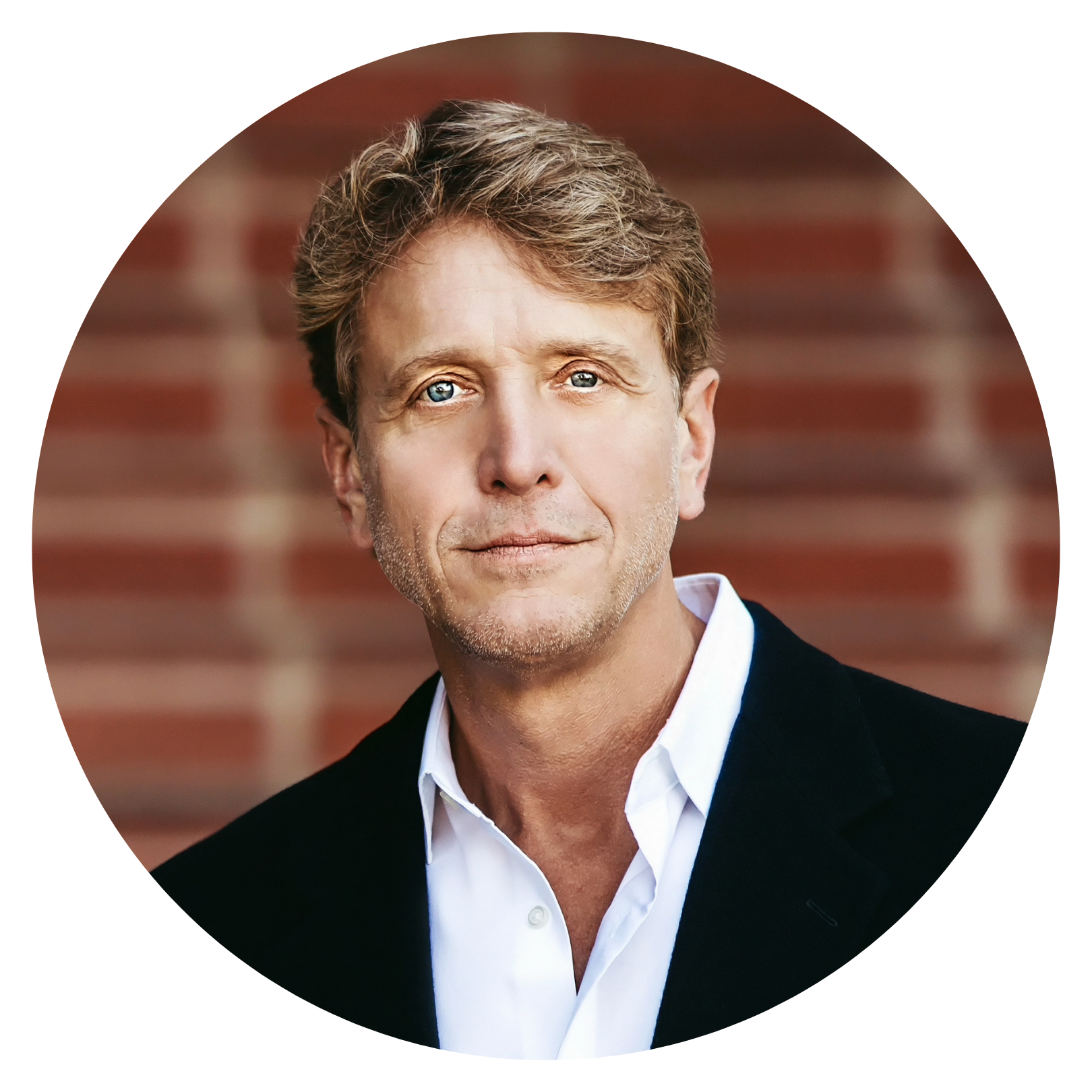 Bill Asher is an American Entrepreneur. Starting 30 businesses in 30 years, spanning across many industries including sports betting, nightclubs, entertainment, television, and restaurants.

Bill Asher has a Midas touch for radically modifying entertainment industries, striking gold over 30 times throughout his career. One reporter famously stated, “His life is every little boy’s dream.” Another article summed it up by asserting that “his career is built on outrageous marketing in some of the most exciting entertainment industries – from nightclubs to gambling, from televisions to music, from real estate venues to restaurants…” To those on the outside, it may appear a personal playground, but up close you realize it’s a well-run business empire. With Asher’s background in finance and his meticulous attention to detail, profit is clearly the motivation.

Asher’s most recent achievement, Monkey Knife Fight (MKF), was sold in 2021 to Bally’s Entertainment for approximately $100 million, after only three years in existence. In 2018, Asher was in the minority who believed that laws would quickly change and Americans would soon be gambling on sports with their computers and phones. As he began with no real knowledge of the industry, Asher spent a year and a half hiring the best lawyers, gambling experts, banking and credit card professionals and technical staff. Monkey Knife Fight quickly became the fastest growing and the third largest fantasy sports site in the world behind only DraftKings and FanDuel and the sixth most searched entertainment site in the US.

As the US began to legalize sports gambling, MKF was perfectly positioned. Asher famously went “out of the box” when he brought in all the NFL players, through the NFL Players Association (NFLPA), as his only partners. “Bill is driving the future of fantasy sports,” exclaimed Deshaun Watson.  “Monkey Knife Fight gets me fired up,” added four-time Super Bowl winner Rob Gronkowski. De Smith, the head of the NFL Players Association, said of Bill, “He is on the forefront of fantasy sports and entertainment.”

Prior to his foray into online gaming, Asher had established himself as a leader in real estate development, creating entertainment venues. Asher’s inspiration came from his endless location scouting for his nightclubs, music venues and restaurants. He always leased the very top real estate with little regard to cost. Asher long believed that the venues and locations were paramount to his operations’ success. He realized he needed to own and develop first-in-class entertainment properties.

Before venturing into developing entertainment venues, Asher established Lucid Entertainment, first for his nightclub business and later expanding into restaurants, bars and live music venues. Although he started with little knowledge of the nightclub industry, through hiring, partnering and tireless research he was able to, once again, master a new space. Asher’s first step was to expand on marketing tactics just beginning to take hold in the largest Las Vegas and NYC nightclubs and bring them to other markets. This included hiring and promoting the most famous, internationally known DJs and offering bottle and table service.

Asher’s venues became known for grandiose parties and bold stunts. They were famous as celebrity hangouts and attracted the associated media attention. On multiple occasions, Justin Bieber took over the DJ booth for the night at American Junkie, Jamie Fox unveiled his new song Gold Digger in an impromptu performance at the Pussycat Lounge Nightclub (PCL), Charles Barkley was arrested upon exiting Dirty Pretty Rock Bar and Mike Tyson was similarly arrested while leaving PCL. As Tyson was on probation and therefore facing serious charges, Asher interceded using his connections to get the charges dropped. Tyson thanked him by asking Bill to accompany him into the ring for his next Championship title fight while holding up the championship belt.

After his success in the nightclub business, Asher effortlessly expanded into restaurants, bars and live music venues. Behind the scenes, his financial and administrative background created the foundation for economic success and experienced, hand-picked staff were the pillars of every establishment. This combination of marketing and operations made Asher’s nightclubs as financially successful as they were famous… and infamous.

In 2002, Asher set his sights on changing the music industry. Even in an industry where he was ultimately unable to succeed, the bold nature of his failure only added to his reputation. In a world with MTV, he noted that there was no space for artists to share uncensored, real music content on television, especially for the most popular music genres… rap and hard rock. Asher used his connections to partner with Universal Music, Eminem and Dr. Dre to create 1AM Music Network – with a nod to the 1st amendment and creative freedom. It was a music network with virtually no rules, as music had always been. It was met with over-the-top enthusiasm and excitement from artists, industry professionals and potential consumers. Eminem told interviewers, “If I had an option to shoot the videos I want to shoot, it would be a lot better…1AM is the only place where you’re going to see my new music video the way that it was intended.”

Although the network was well received and viewed as a bold alternative, the content ultimately proved too edgy at the time for a subscription music channel. As cable and satellite companies were slow to roll it out amid concerns, in the end 1AM failed. Even though the network did not succeed, the excitement and noise it created dramatically expanded Asher’s reputation for bold, innovative concepts that shook the status quo. Asher seemingly enjoyed his failures as much as his successes.

Asher’s remarkable business run began at the age of 31, when he started working for Playboy Entertainment Group. After only 4 years, he became the youngest person ever to run the business. Asher was credited with the dramatic rise in Playboy’s stock from $6 a share to $34 a share on the NYSE, a more than 500% increase in the company’s value.  Times were rapidly changing, and Asher spurred the move from still pictures to video content… shifting focus from the magazine to aggressively targeting video content for television and then the internet.

Asher’s substantial success at Playboy taught him one of his most valuable lessons: the real money is in owning businesses, not running them for others. After leaving Playboy in 1999, at 37 years old, Asher founded his first business, Califa Entertainment, creating three television networks.  Within months, Asher’s channels became the most profitable for DirecTV, surpassing ESPN and HBO. His networks went on to change the TV and satellite world.  Two years later he sold the networks, ironically to Playboy, for well over $130 million, all while he was still in his thirties.

Ever the visionary, Asher took this win and turned towards Vivid Entertainment. He saw the value in making Vivid a household name through television, video, radio, internet and signing licensing deals with nightclubs, vodka, apparel and even snowboards. In 2002, consumers spent over $1 billion on Vivid branded products and services. By going far beyond what had been tried before, clever marketing, coupled with behind-the-scenes operational expertise, Asher made the business famous, notorious and profitable.

Asher counts on his financial foundation to back his seemingly insane ideas, relying on diligent systems to create solid, structured, successful businesses. Most of all, Asher knows who he needs on his team and as his partners. He is meticulous in cultivating lifelong prosperous relationships that are the fabric of every success throughout his career.  One article summed his career up this way; “I’m not saying he can see the future; however, he’s won too many times to call it luck. People like Asher don’t just see what is coming next, they make it happen.” Or as another writer opined “Asher has ridden his penchant for consistent insanity all the way to the bank. And he sure seems to be having fun doing it.”